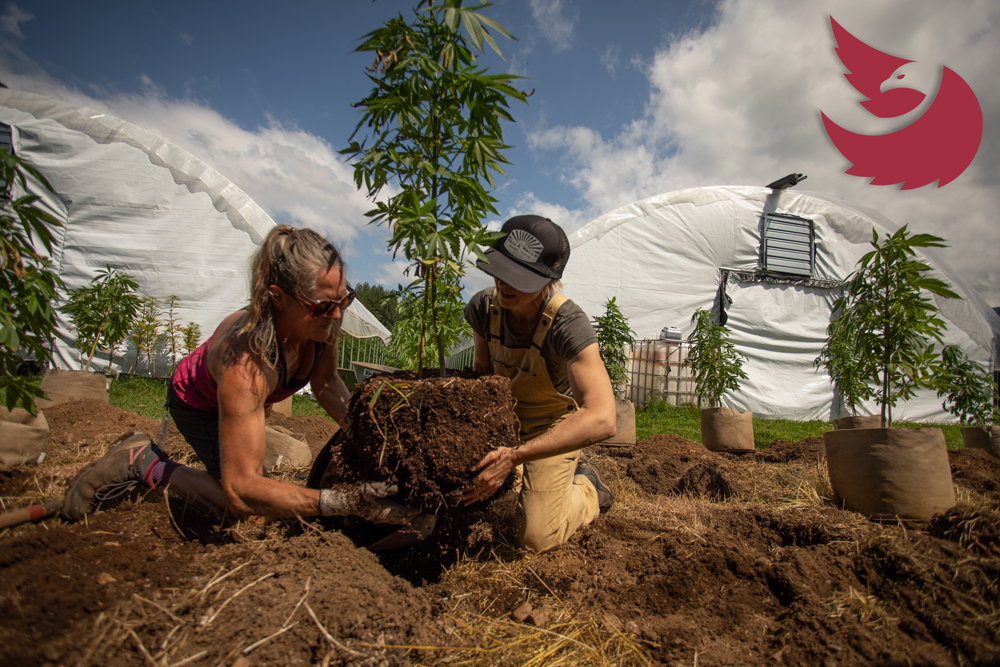 As urban sprawl progresses and transportation costs soar, a lot of us city folk feel a longing to leave it all behind and return to nature. If you need evidence of this, look no further than the scores of folks leaving their office jobs in the big city to live on the road and work remotely.

The need for connection with our natural environment is an essential part of the human experience, yet so many companies in the cannabis industry fail to recognize this need.

But Eagle Trees Farm, a family-owned, Bellingham-area cannabis producer, is no stranger to the transformative power of being in tune with our planet. In fact, it’s what makes their products so special.

From their pampering of their plants at every point in their life cycle to their sustainable practices that prioritize the wellbeing of their surrounding ecosystem, Eagle Trees Farm puts a heaping scoop of nature’s nurturing into every smoke. Eagle Trees Farm sits against the unrivaled backdrop of natural beauty that draws scores of visitors to the Bellingham area every year. Tucked away amidst the area’s characteristic towering evergreens, dramatic mountain vistas, and meandering curves of the Nooksack river, the farm has an air of wholesome tranquility that would make your average cottagecore influencer keel over.

This lush ecosystem even provided the inspiration for their name. Visit their farm, and you’ll see eagles keeping lookout from the upper reaches of the surrounding pines. (No, seriously, go visit- they LOVE doing farm tours and engaging the local community.)

Being surrounded by such abundant flora and fauna, it’s only natural (no pun intended) that one of Eagle Trees’ core values is sustainability. Dedicated founders Kenny Ingebrigtson and Jesse Straight (a brother and sister team) started their company with a promise to grow cannabis in partnership with the earth.

And what a partnership it’s been! Regenerative farming is at the core of Eagle Tree’s promise – but what is it, exactly, and how does it differ from traditional agriculture?

Regenerative agriculture is a set of farming practices that aim to conserve and rehabilitate the surrounding natural environment. Some core tenets of this philosophy include keeping soil covered with plants at all times, planting diverse crops in close proximity to one another, and utilizing livestock animals to fertilize soil.

And since you can’t take care of the earth while you’re consuming massive amounts of electricity, Eagle Trees Farm is completely outdoor/greenhouse.

Growing under the sun in native soil greatly reduces their environmental impact, and it has another bonus: better weed. All kinds of subtle nuances and interesting characteristics manifest when you allow cannabis to grow the way it did for thousands of years prior to commercial cultivation. All the potency, none of the pesticides

Managing symptoms with cannabis isn’t something just a handful of cannabis consumers do – it’s one of the main reasons why cannabis was legalized in the first place. If its health and wellness benefits are such a fundamental component of the good herb, then why do so many cannabis companies use pesticides and chemicals?

We couldn’t tell you, and if you asked Kenny and Jesse, they couldn’t either. From day one, their garden has been 100% pesticide free. Instead of purchasing soil and pumping it full of synthetic nutrients, they compost and use good, old-fashioned dirt from the ground.

You care about your health, and so should the companies that grow your weed. When you smoke on Eagle Trees, you can rest easy knowing it was grown with your wellbeing in mind. Kenny seasoned his cannabis expertise in what might be the best place on earth to do so, California’s infamous Humboldt County.

Being immersed in this weed mecca not only had a major influence on him as a grower, it gave him his pick of some of the best genetics in the world – genetics that ended up being the lifeblood of Eagle Trees’ breeding project.

IT ALL STARTED WITH ROYAL KUSH

Take a look at Eagle Trees’ product line, and you’ll notice the word “Royal” features prominently. To the untrained eye, it seems like an assertion of superiority.

But it’s not. It’s because most of their strains descended from the same strain, a killer pheno of Royal Kush.

From this hearty indica-dominant cultivar came so many more favorites from their celebrated lineup: Dutch Royal, Royal ACDC, Rolexx….and then from Rolexx came Limecone and Playdough. And even though it was the starting point for so many of Eagle Trees’ signatures, the original Royal Kush is still an integral component of their strain repertoire.

It just goes to show: when it comes to genetics, quality is more important than quantity. Highs for all life’s highs and lows

Eagle Trees’s strain offerings might share a lot of the same lineage, but don’t confuse that for a lack of variety. Their exclusive cultivars span the vast spectrum of desirable effects.

Social stoners will adore the warm and jovial Limecone or the loose, carefree Cherry Lion.

For the “strictly before bedtime” user, Playdough is like sleepy, sedative manna from heaven.

If you use cannabis for wellness and relief, you can’t go wrong with Royal ACDC. It has light physical effects and 2:1 CBD to THC ratio, perfect for clearheaded relief.

And for all you career-minded potheads out there, you might be underrepresented, but not hj! Energetic, intense Dutch Royal is the early riser’s dream come true, and their Baker Burmese has that “get off your duff” energy on lock. 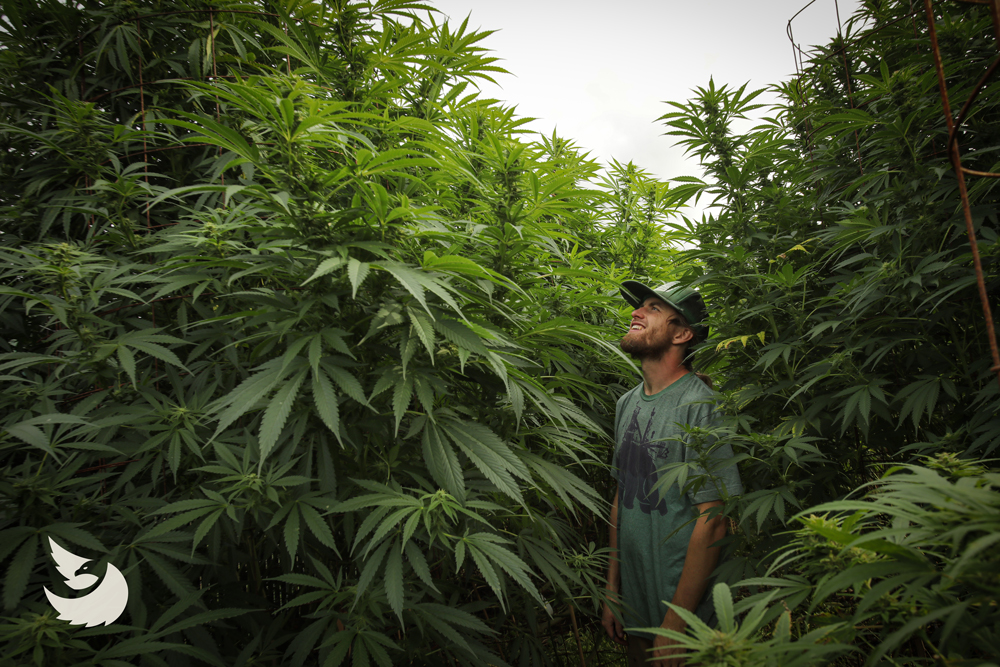 As the growth of cities continues and our degrees of separation from the natural world expand, we all yearn to feel more in tune with Mother Earth. Why not start with your cannabis?

Try Eagle Trees Farm’s flower, and see for yourself how cannabis can bring you closer to nature in ways you never knew possible.

We’re beyond excited to offer our customers an extensive selection of Eagle Trees’ exquisite products.

Browse our menu below or shop in-store, and experience for yourself what makes them different.